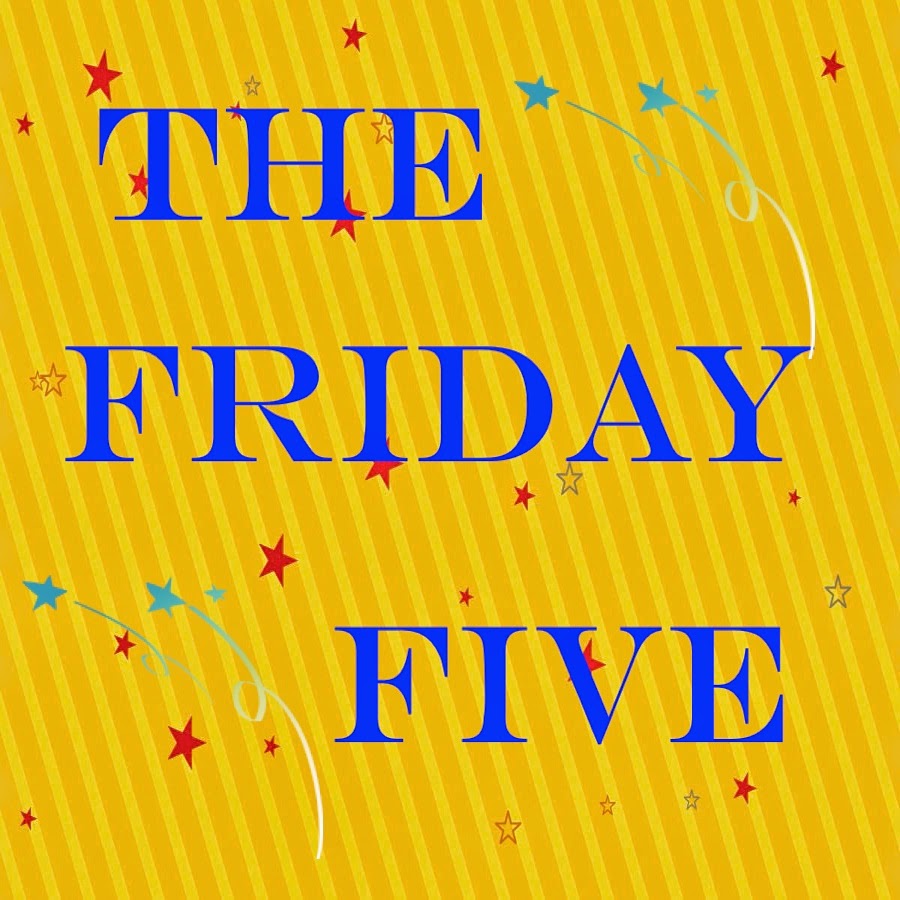 I'm baaack. Well, I never really left, but the Friday Five left. That's not to say it's going to be back every week. I think that's part of why it left - let's face it, some weeks, I really only have two or three things that are share-worthy. We'll play it by ear, okay? In the meantime... here's what's going on around here this week: 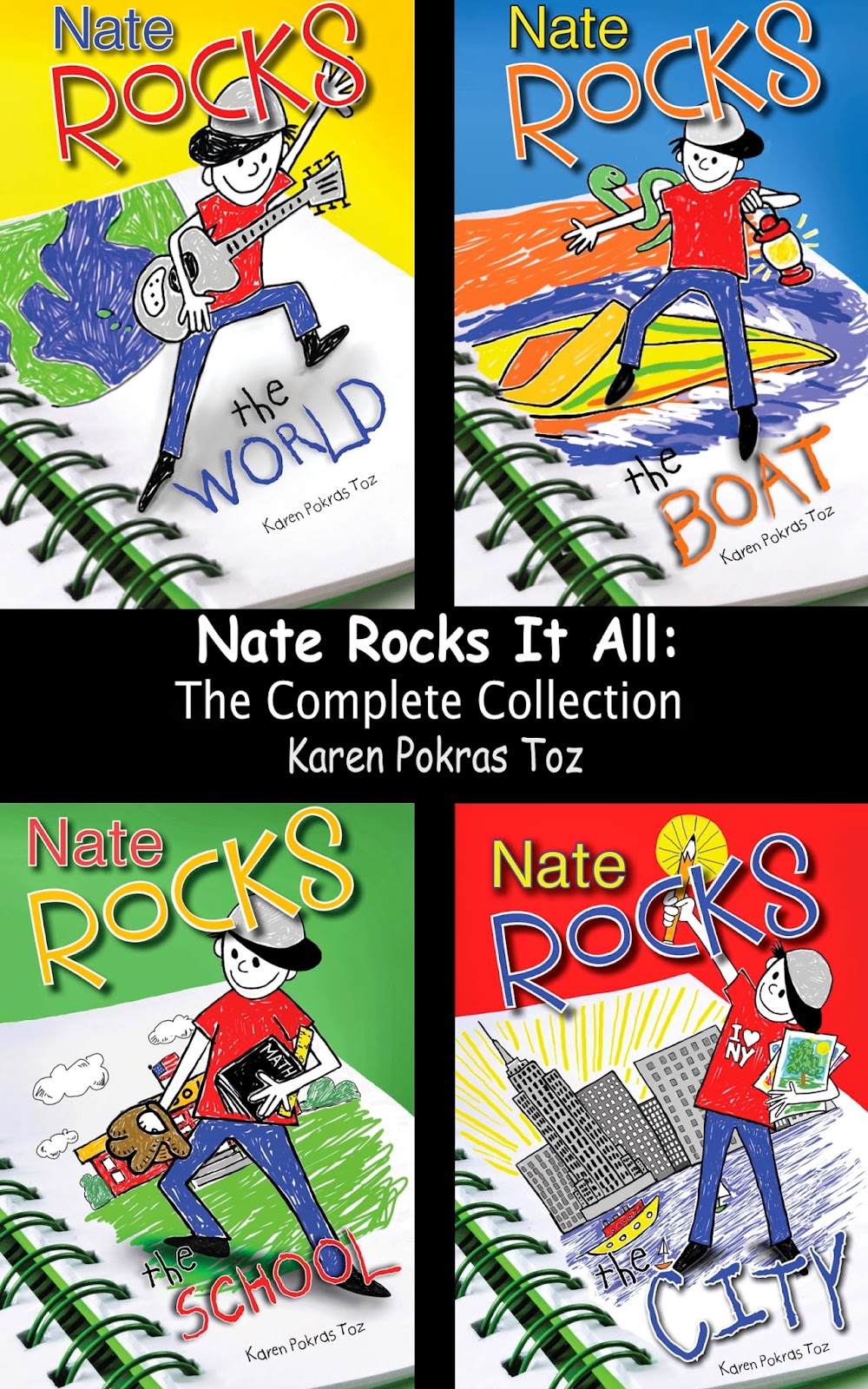 Are your kids reading this summer? WHAT? READ? But it's summer - YUK! I know, right? NOT!! READING ROCKS, and if your kids have to fill out a reading log this summer like mine do, you can now squeeze in four books all at once, and they won't even realize it. Okay - well they will, but by the time they figure it out, they'll be into it - promise. That's because for the first time, I've bundled all four Nate Rocks books together into a single book. You get the complete collection for under $5. Only from Amazon... get it  >>HERE<<

I know. First I promised it would be ready July 1st. Then I said it would only be delayed a short time. And here it is, July 25th and no Holly's Wishes. Well, the good news is that after MANY rounds of revisions, it is finally finished. It's now in that happy place called editing where it's getting polished and ready for the world. Soon... and I mean it this time. 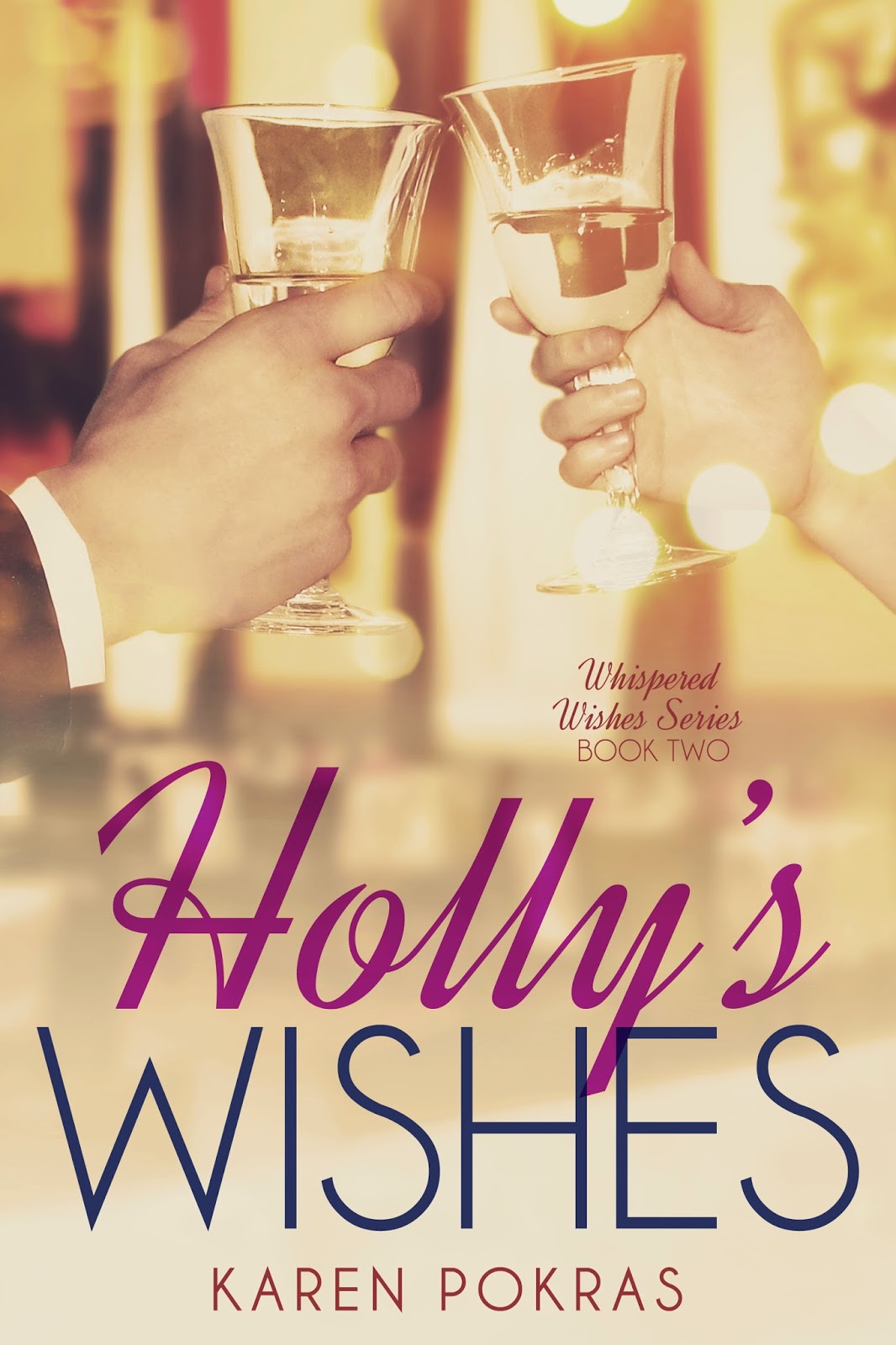 3.  Awesome Kid Saying of the Week:

Ok here's the deal. I have three awesome kids. Two teens and an almost eight year old, and the stuff that comes out of their mouths is just something else. Sometimes, it's so out there, I have to write an entire blog post about it. But sometimes, it's just a little snippet. If you have kids, or are around kids, you know what I'm talking about. So every Friday Five, I'm going to pick one thing from the week that one of them said that made me just either burst out laughing or shake my head and say "Huh?"  Here's this week's...

Since my life lately has been consumed with Holly's Wishes … re-writing it over (and over and over …) my sixteen year old innocently asked me why not just stop writing it.

"Mom, just skip that one and move on."

When I explained that I couldn't because it's book 2 in a series, and you can't have a series that goes from book 1 to book 3, his response made perfect sense.

He said, "You could be like Star Wars and just release all the books out of order."

If you follow me on FACEBOOK, you know that I recently moved. It was a crazy, stressful ordeal that I'm glad is over. To try to ease the stress, a friend helped me put together a lovely little zen garden in my new backyard. 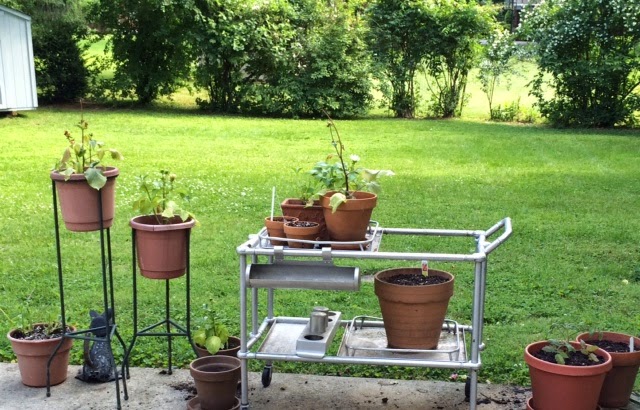 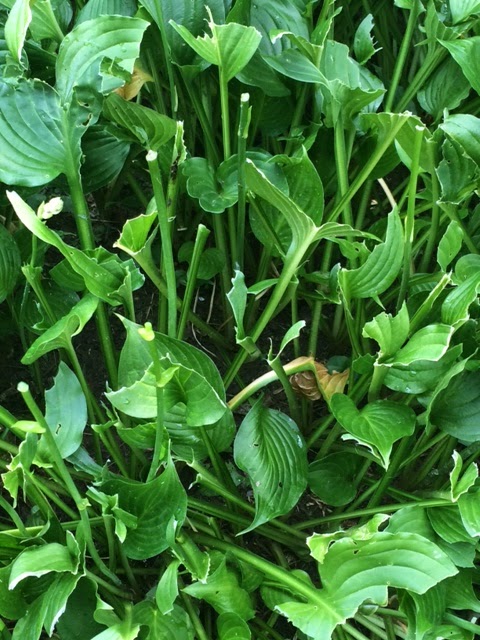 Ok, I thought, They'll grow back. But then the tomato plant got eaten. THEN, the plants were GONE. Yes, gone - dug right out of the pots by the roots! 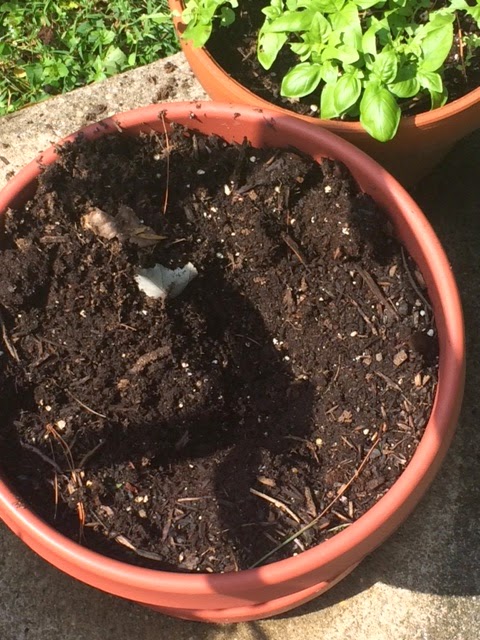 One by one, every plant has disappeared. I'm now left with a zen garden of empty pots of soil. At the moment I have two suspects ...  Exhibit A... 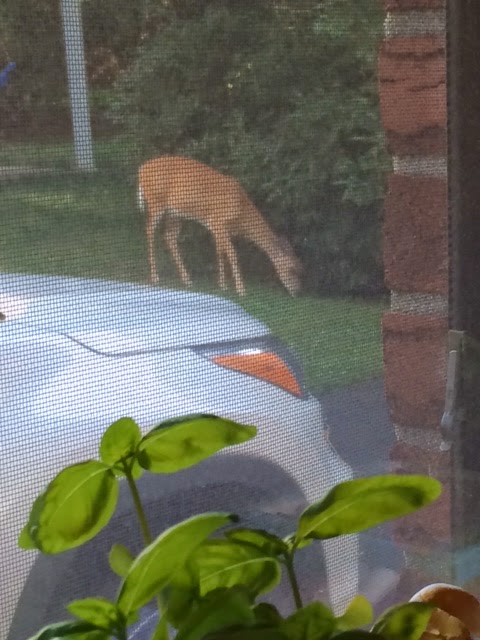 and Exhibit B ... which I believe belongs to a groundhog. 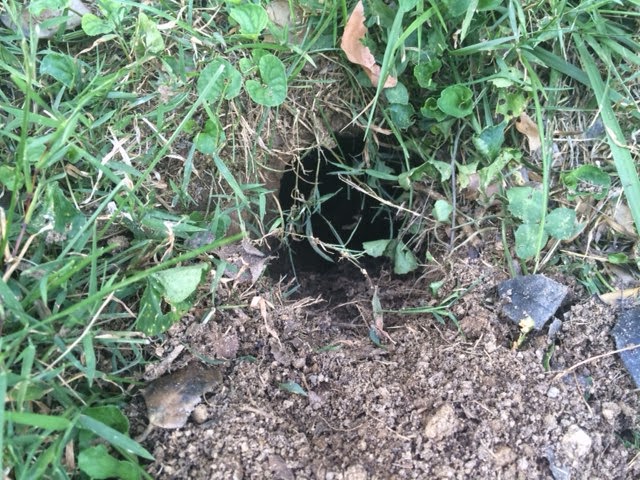 It is possible they are working together. I may have to call in Christopher Robin for assistance.

So, you know how above I said I might not have 5 things to tell you every week? Well this is one of those weeks lol! So instead, I'm going to giveaway SWAG!!  Sign up for my newsletter and get a signed Whispered Wishes postcard.The first ten people who sign up will also receive a copy of Ava's Wishes. (Postcards limited to US & Canada).


Have a great weekend everyone!

One of the things that I love about my son's day camp is that it's run by a history teacher. Last year on the day before the camp closed for the July fourth holiday, the camp director did a reading of the Declaration of Independence (in a fun way) for the kids. So when I picked my seven-year-old up from camp today, I asked:
Did Rusty read the Declaration of Independence again this year for July 4th?
C: No but we did all kinds of activities for Independence Day about the war against Brazil.

Me: You mean England.

Me: Brazil wasn't in the war. Were you talking about the World Cup maybe? (They've also been doing a lot of soccer themed stuff lately)

C: No it was for the war for the Declaration of Independence - like in the pool we had to pretend we were crossing the river. We were the guy on the horse.

C: No. The other guy. The one about Brazil.

Me: Oh! You mean the BRITISH!

Yup - you all remember learning about the American Revolution right? That one where we were trying to gain our independence from Brazil? Mystery solved.

I'm sorry.  Back in May (and again for much of June), I plastered this promo everywhere (and I mean EVERYWHERE): 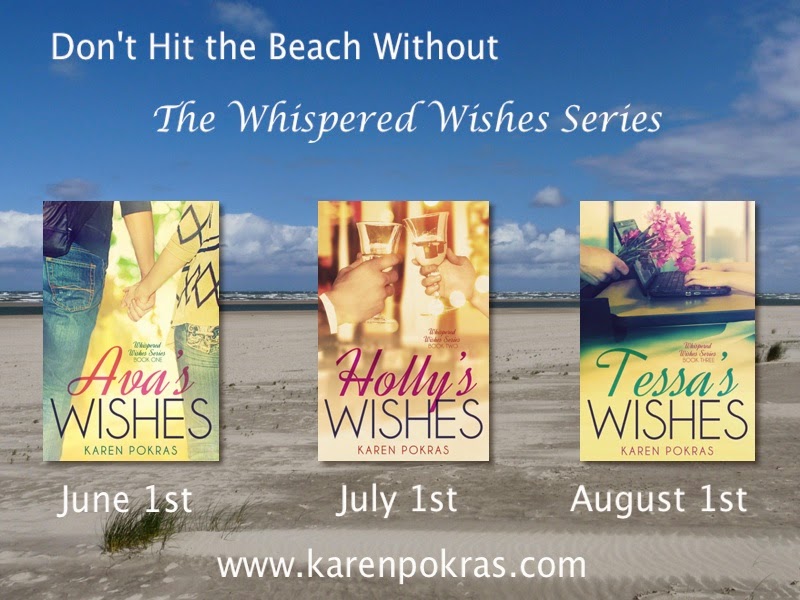 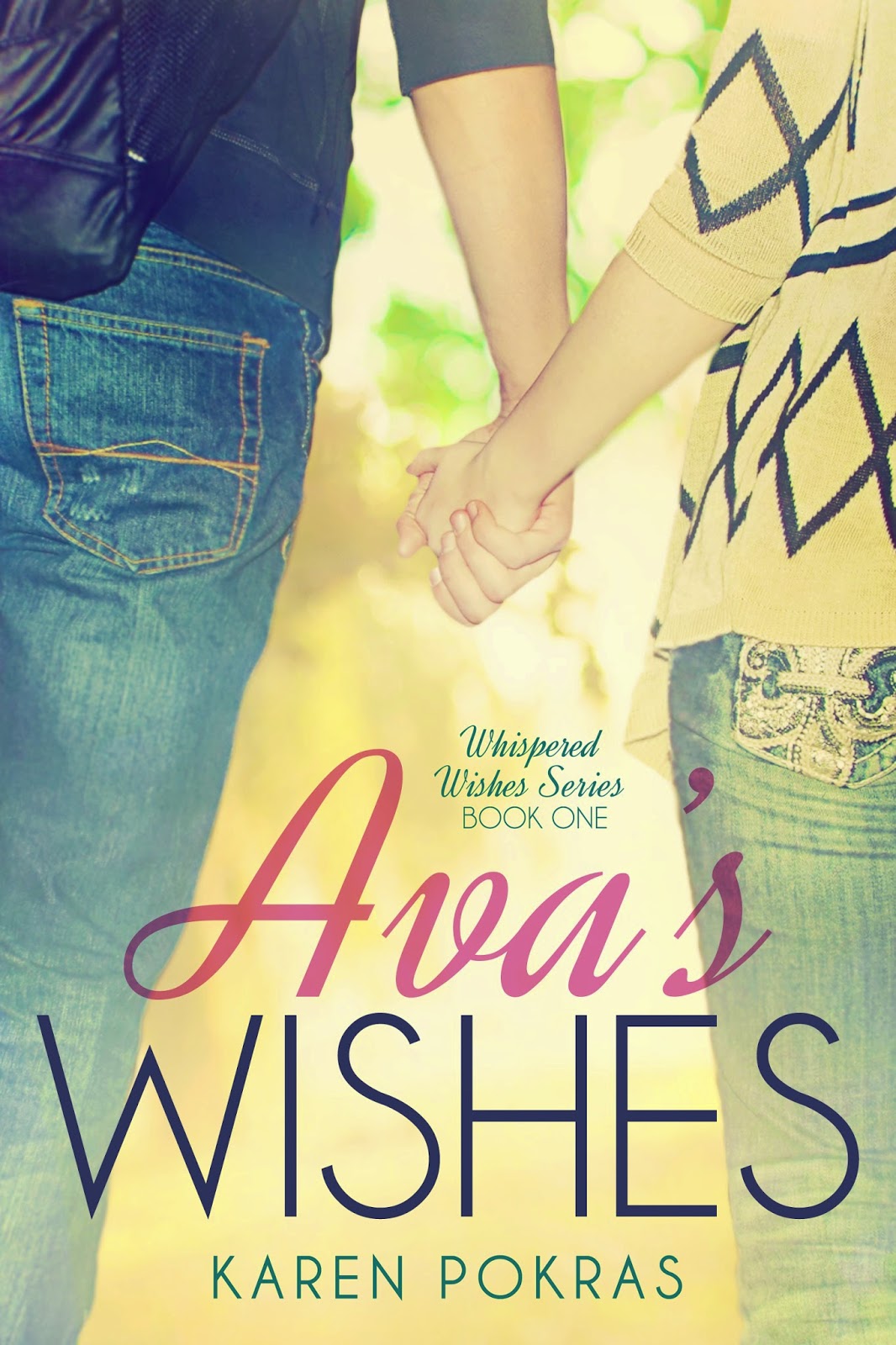 I had the best of intentions. I wanted to provide you, my amazing readers, with some awesome romance/chick lit to read over the summer. Except there was one problem. I didn't really know *how* to write good quality romance/chick lit. You see, up until this point, I'd mostly only written middle grade children's books.(I say mostly because I do actually have one adult book out - Chasing Invisible - and while it has gotten high praise, and even won a literary award, it is far from chick lit.)

Let me assure you that these stories DO exist. In fact, I published Ava's Wishes on time on June 1st. I was so proud, and then ... I was not so proud. I received feedback from three people whom I respect greatly:

-You've lost your voice
-If I wasn't familiar with your other work, I'd never guess you'd written this, and I don't mean that in a good way,
-It’s reading like a totally different author wrote the book, and it was a first attempt at publishing.

OUCH. These were admittedly difficult to swallow when my other books had received such high praise & several awards. I could sit here and give you excuses: I've had a crappy year ( I really have!), my heads wasn't in the game, I was pressured to put out a series quickly, etc, etc, etc... but the truth of the matter was that my writing needed to be knocked up several notches while my ego needed a swift kick down.

And then ... my guardian angels came to my rescue. A well known romance author along with one of her best beta readers decided to take me under their wings. Chapter by chapter, paragraph by paragraph, they showed me what worked and what didn't, teaching and guiding me along the way, helping me turn Ava's Wishes into the story it was meant to be.

It is now back and something I am definitely proud of! At the same time, I am proud of the writer I have become (and am still becoming.)

But where is Holly's Wishes? It's July 1st! 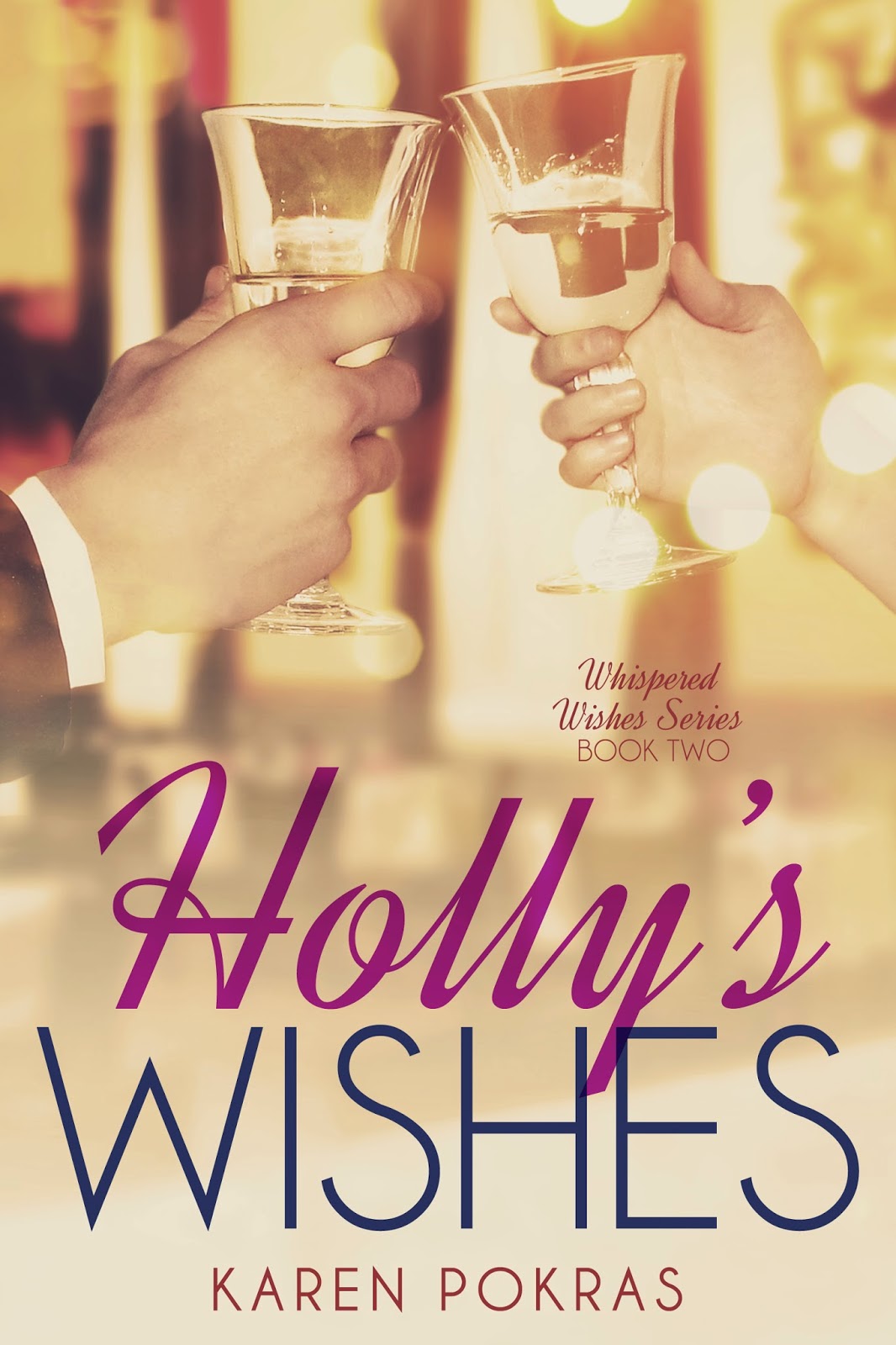 Holly's Wishes IS coming, but I'd be doing you all a disservice if I published it without revising it using the same techniques I learned from my experience revising Ava's Wishes. The same holds true for Tessa's Wishes. My hope is that Holly's Wishes (and perhaps Tessa's Wishes) will be delayed only by a short period of time. 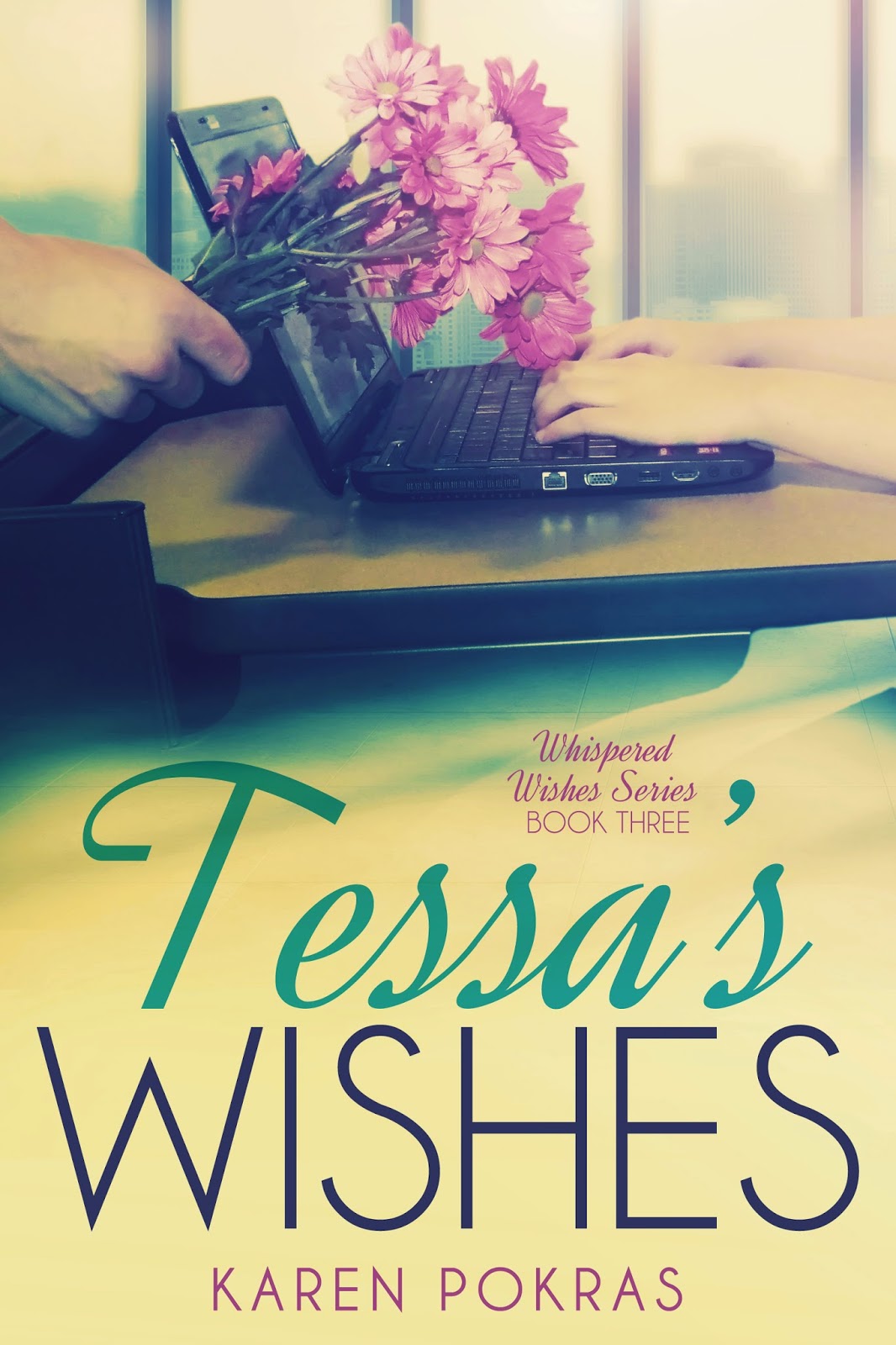 However, while you wait, Ava's Wishes is now 99 cents. I hope you will give it a read (and for those of you who may have already downloaded the original version, you should be able to now download the updated version).

I don't think I've ever worked harder on edits - but it was SO worth it. I hope you'll agree! After all, I'm not just here to write books,  I'm here to improve my craft so I can continue to put out quality books - for you - my awesome readers. The OCD in me won't let me give you anything less.

As always - thank you for your unending support.