Hello everyone! I'd like to welcome author K.B. Hoyle to the Author Spotlight today. K.B. is the author of the Middle Grade/YA Series: The Gateway Chronicles. She was kind enough to stop by today for an interview.

Welcome K.B. - Tell us about your latest release. 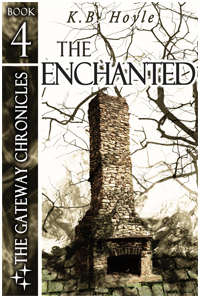 My most current release came out in October and is titled The Enchanted. It is actually the fourth book in my YA fantasy series called The Gateway Chronicles. The series is about a group of teenagers who find their way from a summer camp into an alternate world called Alitheia. In Alitheia, they discover they each have special magic abilities that need to be honed in order to defeat a great evil that has taken over the land. The books follow the main character, Darcy Pennington, as she leads her friends to and from Alitheia each year. In each successive book, the characters are a year older, and the plot thickens (to use the clichéd colloquialism) in Alitheia. In The Enchanted, Darcy faces her greatest trials yet as she comes to grips with her burgeoning love for the young king of Alitheia, Tellius, and tries to find the key to the mysteries that surround her own unique magical abilities.

That sounds really great! Is there another book to the series?

I’m currently editing the fifth book in The Gateway Chronicles, The Scroll, and I have one more book to write in the series before it’s finished. After that, I’d really like to write a dystopian trilogy I have planned. That trilogy will be for a little older YA audience, unlike my current books which are geared more towards a Middle Grade YA crowd. I’m really fascinated with the direction the world is going, and that fascination birthed the dystopian idea for the trilogy.


You've got a lot happening! When and how do you find time to write in your daily life?

I get asked this all the time because I’m also a full-time teacher (8th and 10th history, creative writing), and I’m married and have three young sons (ages 6, 3 ½, and 9 months). These days the only time I find to write is late at night or during the summer while my boys are napping. When I’m in the middle of writing a novel, we eat a lot of fast food and the house doesn’t get cleaned a whole lot, honestly. I’ll sometimes go for days at a time on only a few hours of sleep a night, but I write in marathons, so this sort of schedule only lasts for a month or so, then things go back to normal for a while. But I love to write, and I love completing novels, so it’s all ultimately worth it.

Wow - that is a full schedule! So do you have any advice to aspiring writers?

I’m going to pass on some of the best advice I ever received – there is no such thing as writer’s block. If you are serious about being a writer (ie. Intending to write for publication), you can’t let yourself stop writing when you get a “block.” If you have planned out your story well enough, you should always be able to slog ahead one way or another, and if you haven’t planned your story out ahead of time, then you need to go back and do that before you write another word. Treat writing as your job, even if you’re not yet published. You wouldn’t stay home from work for weeks at a time just because you’re “not feeling it.” No! You’d go to work! That’s how you need to write. You can always go back and revise or delete later.

Oh yes, and trust your editors. They love you. They want your books to be better and sell lots of copies. Do what they say! Great advice! Who is one of your favorite characters that you have written?

Yahto Veli is one of my favorite characters from The Gateway Chronicles, but he was a big risk when I first came up with him. Any great fantasy series must introduce a new fantasy creature, in my opinion, or at least reinvent one. The Lord of the Rings has hobbits, The Chronicles of Narnia has marshwiggles and dufflepuds, Harry Potter has house elves, The Hunger Games even gets in on the game with mockingjays. Well, I decided to create narks. A nark is a humanoid elf-like creature in Alitheia with large, pointed ears, incredible speed, strength, agility, hearing, and sight. What makes them unique, though, is that two narks share each physical body—a night nark, and a day nark. The night nark is awake at night and the day nark during the day. Narks always have two names, and the first name is always the night nark personality. So, Yahto Veli is Yahto at night, and Veli during the day. This idea is something I was incredibly nervous about because I thought it would sink or swim. Either people would love it, or they wouldn’t buy it and they would find it cheesy. Luckily, my risk paid off. Readers commonly name Yahto Veli as their favorite character, and I’ve gotten more compliments on the narks in my stories than anything else. It probably doesn’t hurt that I wrote Yahto Veli to be quite endearing, and he’s a special and loyal friend to Darcy throughout the books.


I could use a nark! Can you see yourself in any of your characters?

Absolutely! They say write what you know, so when I wrote the first book in The Gateway Chronicles, The Six, I based my main character, Darcy Pennington, on myself at age thirteen. My sister actually laughed after she read the book for the first time because she said Darcy was so much like me. Darcy is not terribly likeable in The Six, which has bothered some readers, but I wrote her that way on purpose. I remember being thirteen, and I remember being not terribly likeable. I gave Darcy the same personality quirks and struggles that I went through at thirteen, and I think it engenders exasperation in older and wiser readers, but great empathy in younger readers. As the books progress and Darcy gets older, she also matures and becomes more endearing. I’d like to think I’ve done the same!


Speaking of your childhood ... as a child, what did you want to be when you grew up?

I wanted to be everything when I was a child, and these ambitions were mostly inspired by books, TV, and movies. I definitely went through a stage where I wanted to be an author, and I never left that ambition behind, per se, but I branched out from there. When I was in third grade, I was determined to be an archeologist (just like Indiana Jones), then I got into Star Wars and I wanted to be an astronaut, later came ambitions to be a wilderness explorer in the Belgian Congo (yep, that specific!), an artist, actress, singer, and… the list goes on and on. The great thing about being an author is that I get to pretend to be all sorts of different characters, so sometimes I feel as though I get to live all my ambitions.

Who is your favorite super-hero and why? 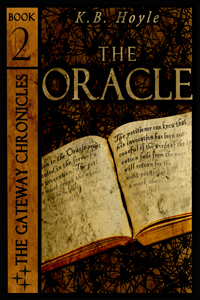 Agreed!! Anything additional you want to share with the readers?

I believe in the power of a good story to convey universal themes and messages than can change people from the inside out. My books will always contain great themes such as good vs. evil, sacrifice, loyalty, etc. in imitation of the Great Books. Along with this, I love layers in a story, so there is always more beneath the surface than you might think at the first read-through. My hope is that every time people go back to re-read one of my stories, they discover something new.

Where can people find you and your books online?

My blog is located at http://nightnark.blogspot.com. My author Facebook page is http://www.facebook.com/pages/K-B-Hoyle/155377154576880, and there is also a Gateway Chronicles fan page at http://www.facebook.com/groups/178307558003/
I’m on Twitter @kbhoyle_author, and you can find my books either on Amazon, or at The Writer’s Coffee Shop Publishing House here: http://ph.thewriterscoffeeshop.com/authors/detail/33 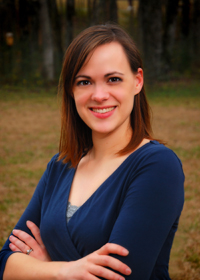 K. B. Hoyle has been a classical educator for several years. She is a wife to a wonderful husband and mother to three wonderful little boys. At a young age, she knew she wanted to write stories that would inspire people. Her favorite genre had always been Young Adult Fantasy and Science Fiction, so that is where her journey began. K. B. wrote her first fantasy novel at the age of eleven, which proved to be great practice for the novels she would publish as an adult.

K. B. is currently writing the Young Adult Fantasy series The Gateway Chronicles, but she never stops brainstorming all the stories she plans to write in the future

About The Gateway Chronicles 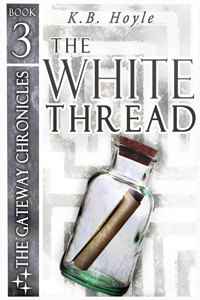 Darcy Pennington’s life was average—average looks, average parents, average annoying younger brother. The only thing not average about it was her unnerving sense of being out of place in the world around her. But a sense is only a sense until something happens to make it a reality. Sucked from a summer camp through a gateway to a magic world called Alitheia, Darcy discovers her true calling lies in another realm. She and five friends from the camp must navigate the uncertainties and the deadly peril that go along with their prophesied purpose: defeat a terrifying Shadow called Tselloch and save Alitheia. Darcy finds herself targeted by Tselloch, who is convinced that the success or failure of his conquest of Alitheia rises or falls with her. To cement his dominion, he enslaves Darcy to him, and he ensnares another boy named Colin, a boy who has every reason to hate his life. Using Colin, Tselloch weaves an even greater web from which they all must be freed.

Each visit to Alitheia brings its own challenges, and Darcy fights year after year for her friends, for Alitheia, and for her very soul. Although repulsed by him at first, she finds herself more and more drawn to the young king of Alitheia, Tellius, whose own tortured past breeds in her pity, then respect, and eventually love. Love won’t save her from her fate should they fail to defeat Tselloch, however, for the curse Tselloch worked in her draws her every day closer to losing the battle for Alitheia, and losing her very life.

Thank you K.B. for joining us today! 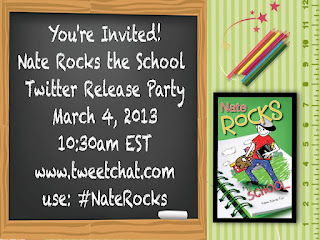 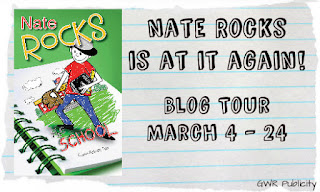