Today, I am thrilled to welcome to the Author Spotlight Anne Chaconas  - Anne is a writer, book reviewer, blogger, and friend!

Today Anne joins us to talk about stealing borrowing books. Take it away Anne! 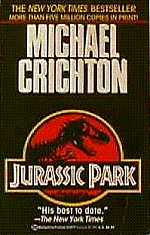 My very first “big person” book—by which I mean a book that was longer than 100 pages and had words I had to look up in the dictionary to understand—was Michael Crichton’s Jurassic Park. I was twelve years old. The book was fantastic. I can still recall feverishly reading that book on the bus ride to and from school (which is a testament to how awesome the book was, since I get wicked headaches whenever I read on a moving vehicle). The story painted such vivid images in my mind that I was sorely disappointed in the movie—no amount of Hollywood magic could have matched what I had conjured up in my head.

I stole that book.

Well, not stole¸ exactly. More like borrowed. For a prolonged period of time. From my school’s library. Without officially checking it out. 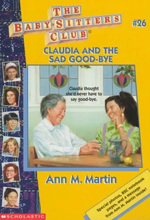 I did return it though—eventually.

I have a long history of “borrowing” books. The very first book I “borrowed” was The Baby Sitters Club #26: Claudia and the Sad Goodbye. I found it under some bushes near my locker as I was getting my backpack ready to head back home from school. Of course, I took it. It was a book! You can’t just leave a book lying under some bushes. It could get wet, and therefore ruined. I saved it. In my defense, it was just thrown there, and whoever had lost it obviously didn’t care enough to find it. Obviously. Yes, it had the owner’s name inside it, and I did return it. Eventually. After I read it. Multiple times.

I also “borrowed” books from family members. I “borrowed” the entire Laura Ingalls Wilder series from my grandmother (who was actually keeping it for my cousin, Ellen). I was naughty when it came to that one—I had been told not to touch it, since it was apparently composed of rare editions. Here’s the thing, though: If it’s all rare editions, shouldn’t it be in a safe somewhere? And, also, aren’t you tempting fate by telling an avidly reading child not to touch the book? You’re pretty much guaranteed yourself touching and immediate consumption of the book. 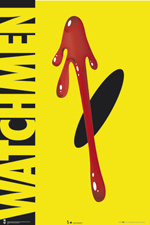 Unfortunately, this “borrowing” streak followed me to college, where I “borrowed” graphic novels (Watchmen, y’all. Literary masterpiece!) from my friends in classes like “Reading Comics as Literature.” Again, always returned. In due time, after devouring had taken place.
I completely understand if you choose to condemn me for this literary kleptomania. I condemn myself. But, you see, I can’t get too angry at my tendencies. Every single book I’ve ever “borrowed” has led me to such wonderful places:

Jurassic Park taught me that reading long, huge novels was enormously fun. That coming up with a completely brand-new story where the entire world had to be imagined was not only possible, it was amazing. It also led me to discover the rest of Crichton’s books—all of which are fantastic—and an entire genre.

The Baby Sitters Club taught me the joy of diving headfirst into a series and getting to know the characters as if they were your best friends. I laughed with them. Cried with them. Was jealous that Stacy got to visit New York City whenever she wanted. Tried fruitlessly to imitate Claudia’s cool style. Wanted to play sports like Kristy. 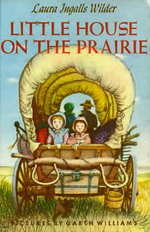 Little House on the Prairie (et al) showed me that living without air conditioning was possible. It made history fun. And it also made me demand of my parents that we move out to the wilds as soon as possible and learn how to make our own dresses and cheese (which my parents, to their credit, said they would “think about”).

Watchmen showed me that literature is not all about words. It’s about images, too—mental and otherwise. And that when those images are done right, the experience can be unmatched.

I wish there was a moral to this story that didn’t go, “If you must steal a book, steal the book—just make sure to return it later.” To all the kids reading this: Stealing is not good. Were I able to talk to my younger self, I would tell her that stealing is a bad habit. It’s much better to borrow. With the owner’s knowledge and consent. Or, better yet, share. Read a book together. Go on, do it now. Grab your parent’s or your child’s hand, sit down on the floor, and read a chapter of your favorite book.

Just, when you’re done, make sure you return it to the bookshelf you got it from.


Bio: Anne Chaconas was born in Central America, educated in the U.S. Northeast, moved to the Deep South for love, and is currently living on the East Coast (and spends most of her time missing winter). Her awesome husband, adorable daughter, three rambunctious cats, and two very adoring dogs keep her busy. Her debut novel, Salve Regina, will be available this fall. In addition to being a writer of things serious (and, sometimes, not-to-serious), she is also a snarky mommy blogger and a book reviewer extraordinaire. You can find her on her website, Facebook, Twitter, and entirely too many other social networking sites.