When I started this blog, I swore I wouldn’t post about it, and now here I am posting about it: poop. Well not entirely, but sort of. You see without getting into too much detail my 5 year old has been having issues in this area for about 6 months now (a very long and messy six months.) After several diagnostics and many doctor appointments, we decided to try to alter his diet.

Many of you at this point are now saying, “Well duh!”

But for us, it wasn’t so obvious. We kept a food (and poop) diary for him for several weeks and did not notice any patterns, so we sort of dismissed the notion that it could be a food issue. He’s been eating the same foods for the last 4 years (really he has!) and never had this problem before, so it made sense to us it had to be something else.

But more pressing than the diary, is the fact that diet modifications in this particular case, had to be our last ditch effort.

For those who do not know my son, let me explain. He is the world’s pickiest eater. He doesn’t even like pizza and only occasionally now will eat chicken nuggets. 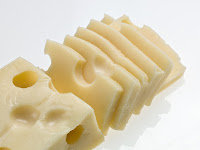 The doctor suggested we eliminate dairy. WHAT?!  Did I mention my kid eats mac n cheese almost every day?

Forget about stumbling into that ditch – we had now fallen headfirst. 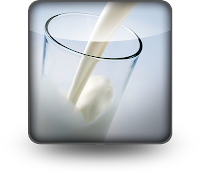 To my surprise and relief – my son didn’t seem to notice the switch to soy milk and soy cheese. I found non dairy margarine and have been able to substitute just about everything (except the mac n cheese & those spinach ravioli!) He doesn’t seem to miss yogurt, and I haven’t brought it up.  The bigger relief is that my son’s tummy troubles have seemed to have completely disappeared!

So is my poor 5 year old now destined to never have mac n cheese again? I did find some soy shredded cheese at the market today, I’m hoping I can whip something up for my little trooper.  Any ideas?
Posted by Karen Pokras at 5:30:00 AM