Last night, I took my three kids out to dinner. Let's forget for a moment that in a completely empty restaurant they gave us the table closest to the bar. I'm chalking that one up to me looking worn out and them assuming I might need a drink or ten. (FYI I only drank water). 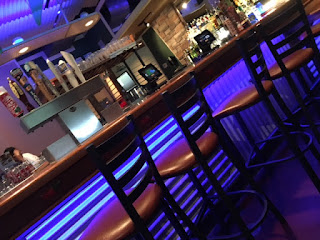 We were in one of those restaurants that had a game console on the table. Normally, I say no to that sort of thing, but despite my haggard look, I was in a particularly good mood. I was with all three of my children … a rare occasion these days … and I was in air-conditioning. Did I mention my AC broke? Did I mention we were in the middle of a heat wave and it was a holiday weekend? Again, I would like to say that I did in fact only drink water. 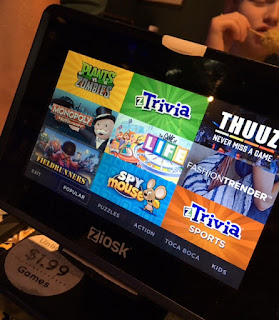 The kids decided to play The Game of Life. It seemed like a fun and harmless game. More importantly, they all agreed on it without any arguments. It started out innocent enough. Two of my children chose college paths, one became a professional athlete. They each got married and bought houses. But then talk of babies started. Everyone wanted one.

"How do you get a baby?" I asked, followed quickly by, "Don't answer that." Okay, so my nine year old and I have already had talks, but I wasn't in the mood to re-hash it all around the dinner table in a restaurant. Although, we were in air-conditioning.

My fifteen year old, not missing a beat, responded with, "You have to land on a space … just like in real life." She smirked. Oy.

My youngest, nodded and added, "I'm going to name my first child Peter Parker. Then I'm going make him get bit by a radioactive spider."  Seemed like a reasonable response.

Also heard around the table was:

"'Can I buy your children off of you?" ... from my fifteen year old and

"I keep having kids! I'm getting a vasectomy." ... from my eighteen year old.

Seriously, where was that waitress with our food?

Finally, the topic moved away from baby making and baby preventing. You see because in this version of Life, you can sue people. Oh yes, my kids thought that was awesome!

"If I can sue someone I will!"

"I will not hesitate to take all your money!"

When finally I made a comment about how complicated this game was compared to the version I had when I was a kid, my youngest replied with:

"You need Life to be easier, you're old."

And that my friends pretty much sums it up, don't you think?