Hey everyone - I'm so excited to welcome my friend and fellow author Coral Russell to the Author Spotlight today. Coral just released her new book, Sacrifice, an action-packed thriller about the drug cartel in Mexico. Sounds exciting right? Well, Coral was kind enough to stop by to tell us a little bit about some of the research she did....


When research gets real.

I played the 'what if' game. I saw things in real life and thought about things that I wanted to know and some I didn't. 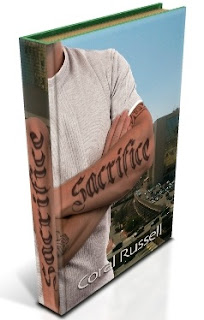 I needed to know more but didn't want the research to get me killed. Picture a grey haired grandmother walking into a gang house, 'Hi, ya'll doing gang stuff around here?"

Where to go? Netflix! And YouTube! There are professional reporters (Inside MS13) and crazy travel people like Vice Guides that do this sort of dangerous thing for a living. And there are movies. Sin Nombre was a really good foreign film out of El Salvador where MS13 originated. And good old-fashioned journalism. Serendipity always popped up a good article on Yahoo or Google that would add a wonderful tidbit that I needed to flesh out the story.

I took liberties with the research because I'm a fiction writer. That's the cool part about being a fiction writer. You can borrow these mundane things from real life and things you know, then add to it by doing research and finding out more stuff that makes it seem like you really know what you're talking about when you're just making it all up! Gotta love that.

When Mexican drug cartels fight for control along the border, Juarez becomes the murder capital of the world. In El Paso, Texas it's drug business as usual: a grifter sets out to buy her freedom, a car salesman runs drugs to make his fortune, a gang leader battles to rise among the ranks of the cartel, and a detective and his wife are ripped apart by a family secret. Everyone's fate lies in the hands of an old woman. Will she let the past die with her or take revenge the only way she knows how? 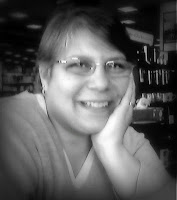 Coral Russell runs the blog http://alchemyscrawl.com where she reviews Indie books/authors. "By the end of 2013, I will have read close to 300 Indie titles. I can vouch that the quality and diversity of Indie authors is worth investing in." On the blog you can find links to her on Twitter, Facebook, Goodreads, and Google+ and email. The Indie Exchange is a group of authors, readers, and book bloggers who post reviews, articles, and giveaways. Listen in Fridays to our radio show at http://blogtalkradio.com/alchemyofscrawl Ms. Russell won the 2003 McCaleb Peace Initiative which produced the non-fiction articles Peace on the Peninsula. All profit from the sale of that eBook goes to rebuilding Joplin, MO. Titles available: Amador Lockdown, Playing with Fire (Devil of a Ghost Tour and Key to a Haunting), Peace on the Peninsula, The DIY Guide to Social Media Marketing and eBook Publishing, and Twelve Worlds.

Disclaimer - All prizes will be distributed by Coral Russell, not Karen Pokras Toz

Pickup your copy of Sacrifice now on Amazon.com