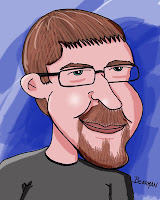 I'm thrilled to be part of the Discovery Fantasy Tour! During the month of July, I'll be welcoming three awesome authors to my blog - each with their own take on fantasy. Today, I have the pleasure of welcoming David M. Brown, author of Fezariu's Epiphany and A World Apart. Thanks so much for joining us today, David! And now... onto David's post:


We all have people we look up to, teachers that guide us through many of life’s intricacies. Teachers aren’t restricted to school classrooms, of course. They come in many forms and are more infinite and wiser than us, sharing their knowledge and showing us the way.

One of my favourite examples of this comes from Ancient Greece where Socrates was the teacher of Plato, who in turn was the teacher of Aristotle. A little known king named Philip II of Macedon then hired Aristotle to be teacher to his son, Alexander. Nothing special there you might think, but this is the same Alexander that conquered most of the ancient world and became known as Alexander the Great. Quite a student then!

Writing is one of the biggest parts of my life and as with our quartet above, I too have looked up to others when it comes to my craft. Here are a few examples of my biggest influences.


One of the forefathers of fantasy fiction, it’s hard for any fantasy writer to not acknowledge the great English professor. Tolkien’s Middle Earth remains a phenomenal world and there are few writers that can challenge the master.


Magical Murakami is a Japanese author whose books are difficult to define. Norwegian Wood is my favourite novel of all time, followed by The Wind-up Bird Chronicle. Murakami’s books are weird, plain and simple, but they are so engaging and his style is beautifully simple.


The Nobel Prize winning author is responsible for some classic works such as The Old Man and the Sea, For Whom the Bell Tolls and A Farewell to Arms. While Hemingway’s stories are moving and eventful, he also has a unique style, a very simple one like Murakami, that many authors have tried to mimic but have all failed.

The famous RPG series from Japan was the catalyst for my writing. Back in 1998 I discovered Final Fantasy VII which changed my life forever. By 1999 I had moved onto Final Fantasy VIII but I was drawing maps of Elenchera and began a decade worth of world building. The Final Fantasy games also led me to Norse mythology and those two influences triggered a chain reaction that resulted in Elenchera.


Those four influences, ahead of any others, are what drive me onwards with my writing. Fezariu’s Epiphany was published in May 2011, A World Apart followed in June 2012, and there are many more novels to come. Thanks to my influences I want the novels to be as fantastical as Tolkien and Final Fantasy, but written in a simple and magical way like Murakami and Hemingway. I’m not there yet, not by a long shot, but I will keep going. I owe it to my teachers. 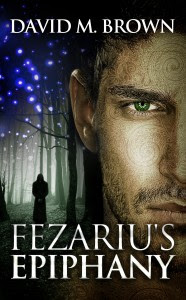 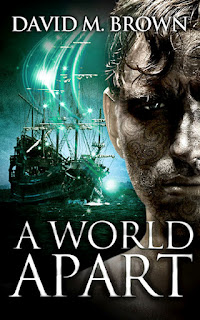