Today starts a new series I'll be doing on Thursdays called Author Spotlight. We all know about the big names - JK Rowling, EL James, Suzanne Collins... but there are so many other great authors out there, just waiting for you to get your hands on their books! So - I thought this would be a great opportunity for me to tell you about some of them!

I'd like to welcome Author, Stacey Rourke - thanks for being my first victim author for my Author Spotlight series! Stacey Rourke is the author of The Gryphon Series, which starts off with The Conduit. Stacey recently released the second book in the series, called Embrace - I have had the pleasure of reading both books, and cannot wait until the next one: 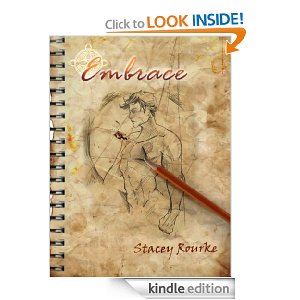 Whether she likes it or not, eighteen year old Celeste Garrett has come to terms with being the Chosen One. She knew having a “normal life” would be tricky, between intense training sessions and epic demonic battles, but she didn’t know at what cost it would come. That is, until a dear friend is harmed by the malicious forces hunting her.
Now, she’d like nothing more than to retreat into a hermit lifestyle to prevent anyone else from getting hurt. But startling revelations, amazing new abilities, and mortifying moments in front of insanely hot guys won’t allow time for that. Soon, Celeste finds herself surrounded by darkness and wondering who she can trust—if anyone.

Author Stacey Rourke has done it again! Embrace, the second book in the Gryphon Series is the perfect mixture of humor, action, and suspense. The story leaves off where book one, The Conduit, ends, although admittedly I wish there were more about the story of Alec. From what I hear, I will have to wait until book three for that.

In Embrace, Celeste, along with her siblings, spirit guide, and wacky grandmother are back to fight more demons - given away by their black eyes and puffs of smoke. As the Conduit, Celeste knows she has a job to do, yet she struggles with the knowledge that some of the demons may be acting against their will. Much of the story revolves around the battle between good and evil, consequences of who Celeste should trust and why, as well in her overall faith in humanity. There are some great new characters in this book, including the Dark Army Glee Club (doesn't every pack of demons have one?), the Evil Countess, and a possible new love interest for Celeste. Of course there is Alec, who Celeste continues to insist is a friend despite his newfound darkness.

So according to Stacey, book 3 - which is currently in production and is titled Sacrifice, has another of her now trademark endings. I officially dub Author Stacey Rourke as the Queen of the Cliff Hangers! 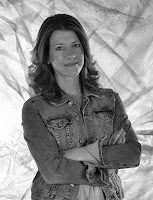 Stacey Rourke brings us the laugh-out loud Gryphon Series. She lives in Michigan with her husband, two beautiful daughters, and two giant, drooly dogs. She also happen to be the Owner/CEO of Anchor Group Publishing. She is currently hard at work on the continuations of her action-packed adventure series, as well as preparing exciting new Anchor Group titles for release.