The Invasion of the Boy Band: One Who? 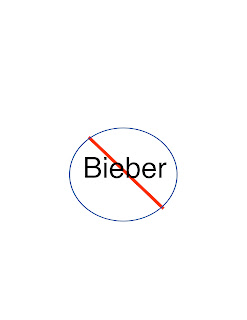 Justin Bieber. You’ve heard of him, right? My 11-year-old daughter had a friend who was obsessed with him (and by obsessed, I mean she had a life-sized cardboard cut out of him in her bedroom.) My own daughter couldn’t stand him.


I was one of the lucky ones.

...or so I thought. You see, she had me completely off-guard. I thought it was Bieber or Bust. I didn’t know Niall, Zayn, Liam, Harry, and Louis were waiting in the wings. Who are they? That’s what I said when my daughter first mentioned these boys.

“Mom!” she shrieked, “They’re from One Direction!” Or 1D for those of us in the know – which sadly, I am now. Why is that? Well, they’ve pretty much taken over my house from the screen saver on our family computer to even my iTunes account. Not to mention my daughter’s bedroom: 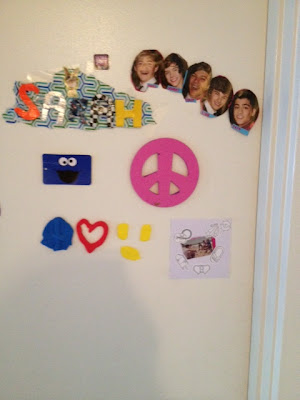 Her room - - don't feel bad for the other three, they are on the other wall: 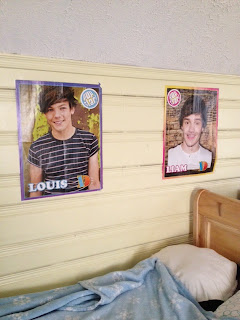 This is only a sampling of the One Direction invasion in my home. They've even taken over her texts. Every time she texts me - there is an auto signature to remind me she hearts One Direction. 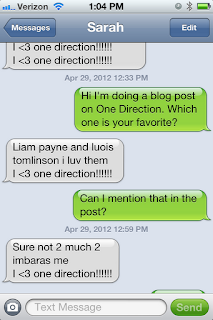 
But since I promised my daughter, I wouldn’t *embarrass* her (sigh), let me show you who was on my bedroom walls when I was her age...

I know all you forty-somethings out there are nodding – but hands off – he’s mine!