It's February! Well, unfortunately it looks like according to Punxsutawny Phil we still have six more weeks of winter. But my husband made a good point tonight – he said, “in other words we’ll only have six weeks of winter this year.” It's true. It’s been so mild. My teen actually wore shorts to school today. Teens! It was in the 60's though – hard to believe it’s February. Here’s what else has been going on:

1. Happy Hanukkah! Yes, you read that correctly. This past weekend my family came in from out of town to finally celebrate Hanukkah with us. It’s not easy finding a weekend where we are all free. We had a great celebration, but um, sorry about those paint fumes! Speaking of...

2. Renovations. And the fun continues. This week was a week of fixing. Fixing the countertop that didn’t come out right, fixing paint snafus (don’t ask), touching up this and that. Next week, everything crossed, we will hopefully see some carpet and maybe even furniture... although I don’t want to get too excited...

3. Dance. It’s that time of year again. My daughter’s first dance competition is just a few weeks away. This year she is on three teams. That means, three costume changes, three hair changes, and three makeup changes. She can do almost everything herself for the first time, so that is a huge help. But I still have to do her hair. I don’t know why I am so incompetent with hair! I just cannot get it right. Maybe I should get one of those big Barbie heads to practice on. 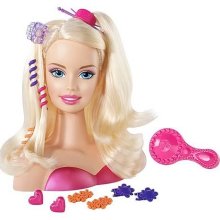 4. Dentist. I think I may have mentioned a few weeks ago that I needed to get a couple of crowns. It all seemed to go so smoothly. Too smoothly. On January 5th, I went in – the dentist prepped both teeth. He put on the temporaries. Two weeks later, I came in. He popped off the temp on tooth one. The new crown went right on. No problem. Then he moved on to tooth two. The new crown didn’t glide on like the other one did. The dentist pushed on it – hard. It hurt! I told him something didn’t feel right. They took an x-ray and sure enough, the crown had an extra little ridge that was now nestled in my gum line. Um – told you it didn’t feel right. So off with the crown! He had to re-prep my tooth (I’m still not sure why.) Took another mold and told me to come back in two weeks. Yesterday was the two week mark. Yup – you guessed it. Rinse and repeat. And so it continues.

5. Book News. What a fun week I had. Last Friday, Nate Rocks the World was featured on Writer’s Block Party. On Monday, I was a guest on the Eclectic Artist Radio Show with Joann Buchanan. We had a blast. Then on Wednesday, I had the pleasure of being interviewed by fellow author Willow Cross. This was no ordinary interviewed. She asked the best questions – like who is my favorite superhero and how would I take over the world. Curious? Check out her Blog: Magic, Immortals, and Being A Good Monster to read the answers. I closed out the week with a 5 star review from Ritesh Kala’s Book Reviews for Nate Rocks the World. Coming up... watch for details about a new promotion taking place soon called Win With E-Books! For now, don’t forget about the giveaway with I am a Reader Not A Writer – you can enter to win both a paperback copy and an e copy of Nate Rocks the World – through Feb 22nd. Whew that’s a lot of stuff going on!

I hope everyone has a great week! I’ll see you next Friday and hopefully sooner.