Before we get into the Friday Five – I thought I would take a moment to thank all of the brave and honorable men and women who have worked and continue to work so hard to keep us safe not only on this Veteran’s Day, but every day. We so appreciate the sacrifices you have made and continue to make. Thank you so very much for your service and protection. 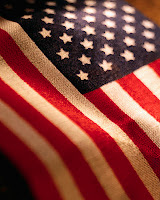 On to this week’s happenings:

1. The Plague. Not really, but a nasty head cold made it’s rounds this weekend. Even the kittens had colds! I spent a lovely Saturday and much of Sunday sleeping it off. I think it worked, because I’m feeling much better. My husband and youngest son still have the remains of that lovely cough. Bring on the chicken soup!

2. Writing, Writing, Writing. My fingers have gotten a work out this week! I’m not officially doing NaNoWriMo, but I’ve been writing up a storm. I’m excited to tell you that I am now on chapter 9 of the next Nate Rocks book and having so much fun writing some new adventures for him. I’ve also been posting more on my blog here (check it out if you’ve missed this week’s posts – there were some fun ones!) AND I’ve been writing out some interviews and guest posts that I have coming up in December. Phew – it’s busy, busy, busy! 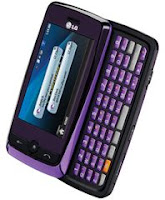 3. Cell Phone. This week I took my 11-year-old to get her first cell phone. It is still mind boggling to me that 11-year-olds even have cell phones, but to be honest she is one of the last of her friends to have one. When my son was her age, I thought it was the most absurd thing I had ever heard, but eventually gave in at some point during sixth grade. I have to admit, it is nice to be able to text them when I need to get a message to them. My daughter originally wanted an iphone – um – no ... we then found one we could both agree with. Of course she picked out a purple case.


4. Thanksgiving. Yup – While many are getting ready for the December holidays already, I'm thinking about Thanksgiving. I’m cooking this year. It’s been a few years since I’ve done the cooking, and I’m excited (especially now that I have a working oven... I’ll blog about that another day.) I’ll be cooking for 12 people, and I bought my bird this week! He is resting comfortably in the freezer. Now on to the side dishes! 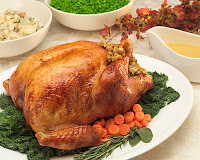 5. Book News. Movie Time! Okay, before you get too excited, no – Nate Rocks the World hasn’t been picked up by Pixar... but I do have a video now playing on You Tube! Here it is:

Let me know what you think! There is also a giveaway going on right now at www.momdoesreviews.com. Enter to win a signed copy of the paperback version of Nate Rocks the World. Would prefer a digital copy? Well, for a limited time, Nate Rocks is now just $1.99 for your Kindle, Nook and IPad. Visit http://www.karentoz.com/books--purchase-info.html for details.

I hope everyone has a great weekend – thanks for checking in and be sure to tell me what’s on your Friday Five in the comments! See you next Friday... and hopefully sooner!xoKaren